Are you sending a nonverbal message you don’t intend? 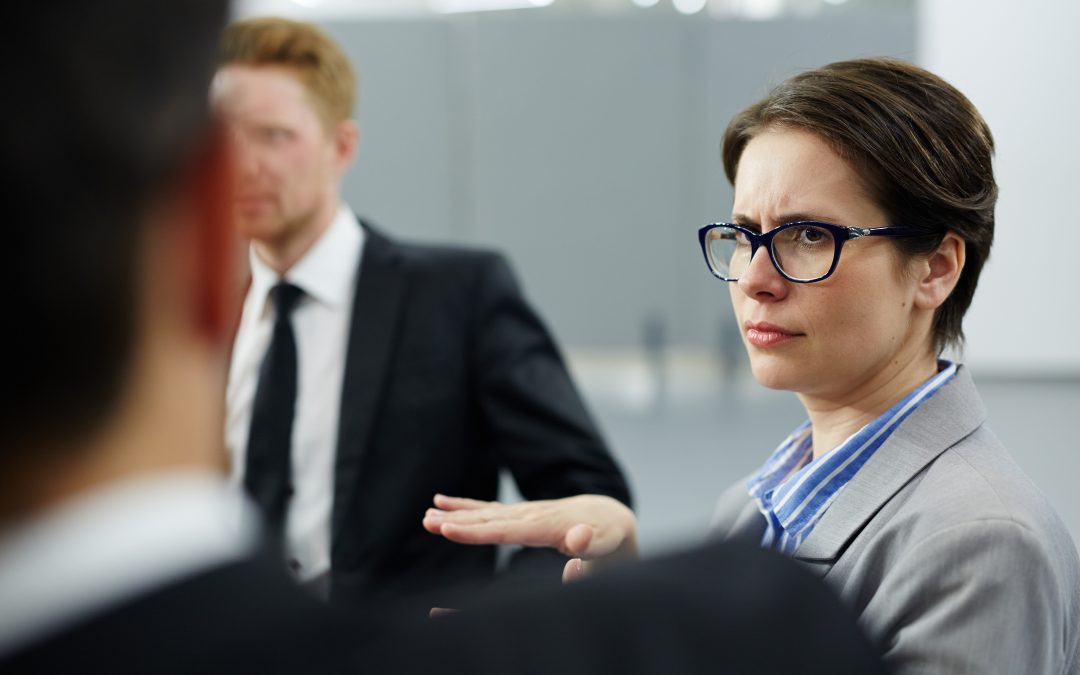 Recently, I’ve worked with several clients who received vague negative feedback from colleagues.  And these clients can’t for the life of them figure out what they’re doing wrong.  After some investigation, we often discover the problem is rooted in nonverbal communication that is off-putting to others. Below I explain some ways to address such problems.

I’m beginning to think I can’t breathe in my new department without offending someone! I truly love my work, but every time I’m listening in a meeting, someone asks, “What’s wrong?” After a meeting last week, a very respected co-worker asked why I didn’t like her proposal. I told her the truth – I thought her proposal was excellent. Then I asked why she thought I objected to it. She said she could “just tell” I didn’t like it. I am still trying to figure out what she meant.

I never had this problem with my former team, and I worked with them for over ten years. Do you think I’m just a misfit in this office?

I do not think you are a misfit. In fact, I can identify with your experience. At one point I had several clients who asked me, “What is wrong? I can tell you don’t like something I’ve said.” during our sessions. It wasn’t until I asked them about their perceptions that I realized I had inherited my mother’s furrowed brow. When I am thinking deeply, my natural tendency is to scowl, giving others the impression that I disapprove of what they are saying.

Many of us have involuntary behaviors of which we are completely unaware. Although the major complaint I hear involves facial expressions, I’ve heard managers complain that “John taps the table with a pen over and over again.” They think John’s pen-tapping is an effort to interrupt or to express boredom when it’s really just a nervous habit that doesn’t mean anything. I’ve had clients who bounced their heels or swung their legs, inadvertently communicating impatience. Some stand too close, talk too loud, too soft, or laugh inappropriately.

What makes these issues hard to address is that people don’t tell you you’re doing these things. Not everyone is an organizational psychologist, so often they’re not even sure what is making them uncomfortable. Like your colleague, those taking offense think they can “just tell” that someone doesn’t like them or their ideas.

Thankfully, there are steps you can take to identify your problem; and, once you identify it, there are things you can do to correct it. Start paying really close attention to others’ reactions. When someone asks you if something’s wrong, see if you can get them to tell you what made them ask that question. You might also ask one to three trusted people to give you candid feedback in a supportive way. Tell them, “I think I’m doing something that’s off-putting. Help me identify it.” If they can help you figure out what it is, then ask them to send you a signal when you’re doing it.

What often happens when people behave in some sort of distracting way is that once friends or coworkers get to know them, it doesn’t bother them anymore. They realize that John just taps his pen for no reason. That’s probably what happened with your former coworkers – they may at first have noticed something you were doing, realized it was just a habit, and then dismissed it. However, your new team gives you an invaluable opportunity to identify and correct your subconscious behavior once and for all. When you recognize you are inadvertently doing something — expressing disapproval by turning down your mouth or raising your eyebrows or furrowing your brow — it’s a career-building sign of progress. Then you can begin catching yourself doing it and eventually be able to stop.

Just know that you have to be really patient with yourself when trying to make this change. Bringing the subconscious into the conscious is not easy. Although the desired change might not happen quickly, it can happen. And when it does, you’ll get the full benefit of having people see you for who you truly are.