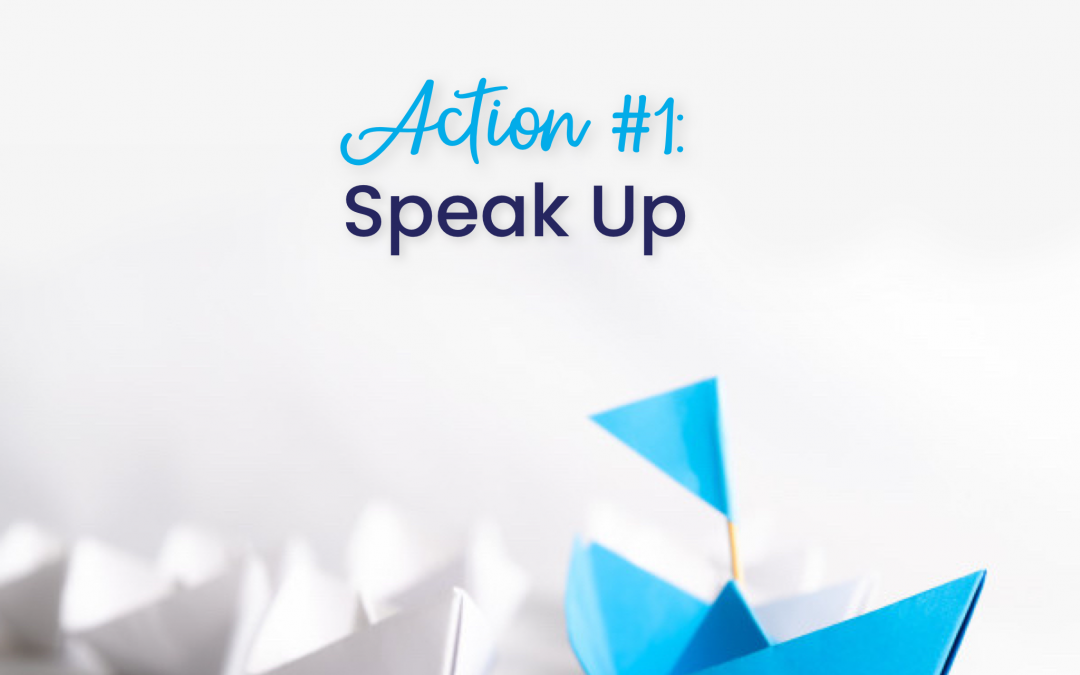 In our December 6 newsletter we identified three courageous actions we recommend that strong leaders take in 2021. Today we examine the first action more deeply: speak up even when doing so is risky. The idea that strong leaders “speak up” is not new. But we propose that doing so will be especially important in the new year as organizations are forced to tackle tough, controversial topics. For example:

Will Helen speak up at the end of the pandemic when her company’s senior leaders decide to discontinue “work from home,” even though her team’s performance (and morale) has improved significantly since they started teleworking? Will she speak up despite the fact that doing so may lead the CEO and CFO to label her as “difficult?” Will she speak up even though being viewed as a “poor team player” may prevent her from earning that promotion she’s hoping for next year? If Helen remains silent:

Will Darrell speak up at the next management team meeting about the poorly-designed diversity and inclusion plan Rebecca plans to present? Will he speak up and acknowledge that the company’s plan communicates a commitment to diversity but avoids committing to any actions that will actually enhance diversity and inclusion? Will he speak up even when doing so may cause some of his teammates to label him as a “difficult Black man” prone to overreacting? If Darrell remains silent:

Will Angela speak up when she disagrees with the company’s plan to cut expenses by laying off 26 long-term employees due to significant decreases in revenue resulting from the pandemic, rather than looking at all of the other options they have on the table? Will she speak up even though doing so will anger the executive leadership team that doesn’t even want to consider other options, including the possibility of decreasing (or eliminating) the hefty bonuses for the executives this year? Will she speak up even if doing so may anger her peers and create conflict? If Angela remains silent:

We want to reiterate the point that speaking up about difficult matters always carries risk. It is NOT easy. Helen, Darrell, and Angela may suffer serious consequences for speaking up. But speaking up is a big part of what makes them true leaders, people whose actions are consistent with their values and who are committed to doing what is right, rather than what is easy.

We recently opened registration for our April 2-day Dare to Lead™ workshop. If you are ready to build your courageous leadership skills, join us April 21st and 22nd, 2021. To learn more about this opportunity, visit our website. To register for the April workshop, click here.

We still have spaces available in our open-enrollment Transforming Success® cohort that begins in January, click here to learn more.