The one in which Lisa and Julie set some boundaries 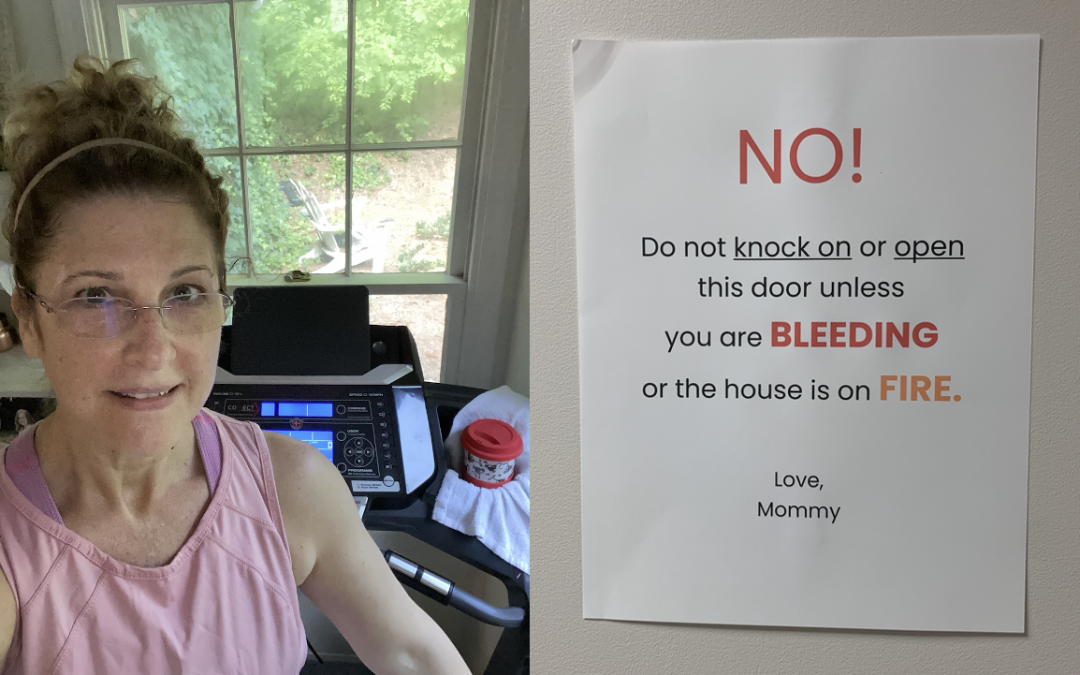 For the last few weeks, we have been talking about setting healthy boundaries at home and at work.  Today, we share examples of boundaries that we have set to inspire you and to show you that we practice what we preach.

Self-CARE = Putting your NEEDS over someone else’s WANTS

Self-ISH = Putting your WANTS over someone else’s NEEDS

I work out 4 out of 5 mornings during the week. I protect this time and do not schedule over it.  A couple of years ago, my son Max forgot his computer at home.  He called me while I was on the treadmill and asked me to bring it to him at school.  My first thought was, “A good mother would take the computer to her child.”  My second thought was, “This is not an emergency, and my workout time is sacred.”  I told him I could not bring the computer.  Five minutes later he called back to say that his friend was going to stop by the house on her way to school to pick it up.  #GoodMothersSetBoundaries #SelfcareWins #RaisingSelfsufficientKids

Pandemic life has made me wish that every door in our house had a lock.

After having two Zoom calls with clients interrupted by my children — once so I could referee a disagreement about whose turn it was to sit in the coveted corner couch seat and another time to open a stubborn jelly jar — I realized that my kids are fuzzy on the definition of “emergency.”  So, I defined it for them.  Clearly.  #MommyWins #BoundariesAreBeautiful #NoLockNeeded