How to Shut Down Negative Chatter, Part 2 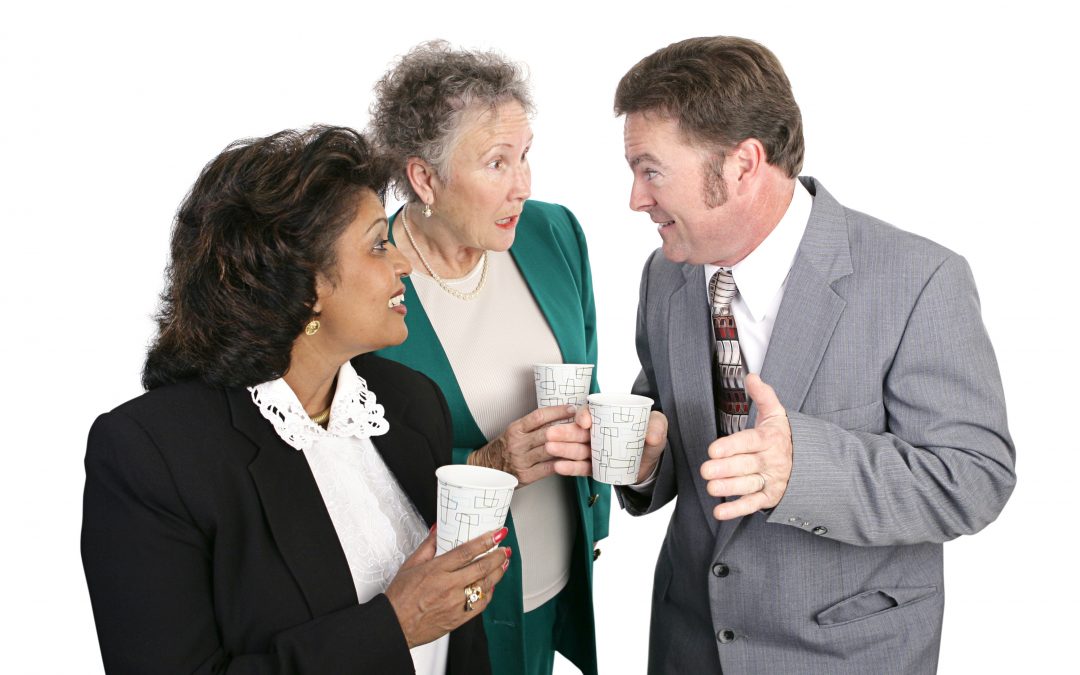 This is the second post of a two-part series on how to shut down gossip or negative talk in an organization. Last week I provided strategies for anyone seeking to shut down gossip at the source. This week I’m addressing how managers can address/prevent harmful chatter in general.

It has come to my attention that there’s a bunch of negative chit-chat going on in my organization, and the negativity seems to be permeating our team. One of my employees came to my yesterday and said, “I know my teammates are talking about me, and I don’t appreciate it. I don’t know if I want to work with this group anymore.” To be honest, I think there’s a gossip stirring the pot. And although I don’t have any direct evidence, I think I know who that person is.

I want the negativity to stop. Do you have any suggestions for me?

I do have suggestions for leaders seeking to shut down gossip and other negative talk in their organizations. Here are three tips my clients have found helpful:

1. Whether or not you know the origin of the negative chit-chat, re-state your expectations to the entire team. You might make a statement like this: “We have always sought to build a culture that supports each other and doesn’t tear other down, but lately I’ve sensed some negativity in our group. It is my expectation that if something is bothering you, you will bring those concerns to me or to the group. Complaints shouldn’t be aired elsewhere.”

2. When you do have evidence of who is stirring the pot, speak with that person privately. Rather than confronting them with everything you know they’ve said, explain that you have gotten the feeling that they’ve been frustrated with a certain person (or situation). Then re-state the expectations you’ve already set with the whole group and add something like: “It’s not productive for you to talk with others about these concerns. If you would like my help in initiating a conversation with that person, I’m happy to help. But I’m not going to tolerate anyone talking behind a team member’s back. I wouldn’t allow anyone to do that to you, either.”

3. As you take the first two steps, remember that the most powerful action a manager can take is to model desired behavior. Although most managers claim they would never gossip, they may not recognize comments like the following as damaging:

Since managers who speak negatively about others give their employees tacit permission to do the same, make sure you model solution-focused conversations. (“Let’s talk with John in Accounts Payable about what we need to do to get those reports in on time.”)

While my first two suggestions are designed to deal with an immediate problem, my third suggestion can help prevent future problems. So many of my managerial clients forget that the people who report to them hang on their every word. Think for a moment about how much attention you pay to what your senior leader says and does. The people who work for you watch you the same way!

So, make sure you’re checking yourself. You may even want to consider inviting your team members to tell you when you fail to model your own standards. The best leaders are never perfect, but they are open to recognizing important opportunities to make positive change.